« What it needs to be a good bettor Home

The shadow of the mafia on sport betting worldwide

The sport is likely to die with a kick in the head from the corruption. A problem which is not only in the Italian Sport and football in particular, but is spread everywhere. The biggest problem is the illegal betting “operated” by the crime. Chinese mafia, Italian, Russian and Camorra have crept heavily in football to launder dirty money and made them “clean” after having swept through drugs, prostitution and arms trade. To achieve this we have journalists killed, players and referees threatened all of this was spoken at a conference organized by the “Gazzetta dello Sport”.

The President of Fenerbahce ended up in jail and yet the club was allowed to play in the European tournaments. A Korean player committed suicide after having succumbed to the temptation to sell the games. However, not only in Italy – this was revealed by the betting scandal – but also in Germany (Bochum event and a referee stopped), Greece (reporter threatened by armed men), Canada, India (a journalist murdered) and so on we have the same problem.

In the course of the conference “Sports Betting and Match-Fixing”, organized by AIPS President Gianni Merlo and the Gazzetta dello Sport (director Andrea Monti did the honors of the house) was made a truly shocking picture of pollution in the world of sport and that the sport is in the process of losing its identity.

On of the major problem was point as the “octopus ” in the betting world that often results in corruption: Andre Chacker, one of the vertices of the World Association of lotteries, said a proposal to establish an international anti-corruption agency (a bit as WADA for doping), but this faced strong resistances, because many countries do not want to give up their national sovereignty.

This is why the problem persist and will continue bother all true fans of sports and sports betting. 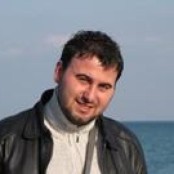 The principle of work of this program is mostly linked with creating situations of goal attempts for both teams and their calculating.

Each match is checked a million times and then the results are transmitted in different probabilities. Considering the percentage of the probabilities and combining them with the proposed by the bookmakers odds for football matches we can very easily find out if a bet will be profitable or not in the long run.

The results of Syvum are promising for now as the program gives profitable results in four consecutive seasons.

If you want to buy our software with a month free trial please contact us on sales@syvum.es

If you have an idea of how to develop a sports betting prediction program, please contact us on team@syvum.es